This post starts the rough draft of  Chapter 5, the y section, for my non-fiction WiP, Baby Floors.

It was Baby Acres, for an Acre per baby, but may now become A floor per baby, and Baby Bonds…

Once again, by way of disclaimer, the overall goal is now to explain why we need both equ. + justice, & why in 4 phases.  This chapter is part of showing what Phases I-IV could look like as potential roadmap for a fully inclusive society for all of us.  This vision is laid out in the hope that All HumanKind  will eventually have each person’s basic needs  met, without taking anything from anyone, and without violence, intimidation, nor coercion of any kind.

In the first year of Phase IV, the final stage of this project, 45 years will have gone before, of preparation for this moment.  The previous three phases, lasting 15 years each, have had time, by this point, to educate and build support for three necessary sets of conditions to be achieved before this stage.  First, the rebuilding and expansion of a connected network of safe, clean, accessible and widely used mass transit and railway systems, which now give full transportation coverage to all across the entire country.  With that system, a robust library system connecting university and public libraries fully and freely open to the public has been expanded into a safe set of community education and gathering hubs, offering space for daily ongoing educational updates of local legal and financial information to all residents, on a pro-bono basis.  Interlocking with this is a now robust and fully accessible public health service, which has become universally available to all, thanks to the work done in a later stage.   Second, a cultural shift has begun which began to move us all closer to a cooperatively problem solving mindset, which then, during the third phase, opened access to both the health care, and the formal as well as informal sets of education needed by all of society to continue progressing.  Third, during the prior phase, a universal basic income has been installed which provides the needed relief from fear of want which allows us to move into the current and last stage of our project, this year.  We now have the breathing room, both physical space and emotional and critical thinking tools with which to solve the remaining problems that might beset our societies as a country, and as a planet.  The freedom of speech and association which the first three phases opened up are now joined by the freedom from fear and freedom from want, which by necesity imply a basic level of housing, food, water, and emotional security.  The final stages of this phase are designed to get us to that point.

An earlier image of this phase comes first, then to evolve as needed.

1. Each child, at birth, receives half a hectare of land, non-alienable. The person may rent, lend or swap the land, but always remains the owner of the land or the swapped parcel. Where ever the location, it should have a well and be arable. (This way, at a minimum, every person on the planet will own at least 1/2hectare of land, free and clear, withno way tolose it…)

3. Free Bedsit or Tiny House for each individual person, accessible from the time a child can safely (independently) cook an egg;

4. Each family should have a book in the local public library, containing the autobiography of every adult in the family (which means that each person needs free time and the means to write his or her autobiography).

These initial ideas of what this phase could eventually look like will be subject to much negotiation, at all levels, across the entire country, and undoubtedly, beyond, in the early years of this phase.

I’m considering this Rough Draft as the block of clay from which my book will eventually emerge, obviously, and some ideas for phases III and IV are still becoming more  fixed in my mind as I write, so the final version will likely look pretty different from this Rough Draft, and will need updating once I get to the very end.

And once again, yeayyy( !!)with regard to audience, I may have at least a couple of comps:  Walden Two meets The War on Poverty: A Civilian Perspective (by Dr.s Jean and Edgar Cahn, 1964).  I know that lots of people consider Skinner’s writing to be stilted, but I like the tilt of most reviewers, in that the idea is that a community should keep trying policies that members agree upon until they find what works for all of them.

As for genre, I’m still wondering:  clearly part of  Non-fiction.

Many thanks to Dr. Garland for suggesting Philosophy!

Maybe also: System Change, Causes, maybe even Inspirational, but I doubt it.

Last week’s installment of this series…

1.) Consider some ideas you may have on how our society can solve homelessness and child abuse, starting right now,

2.) Share them with us in the comments, here, please, and

and
my Babylon 5 review posts, if you like Science Fiction,
and
a proposed Vision on Wondering Wednesdays: for a kinder world…

Please leave a review, if you can, on the GoodReads page, and please do let us know here that you’ve reviewed it there!  🙂 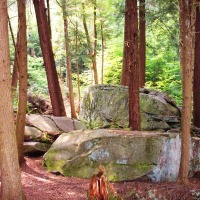 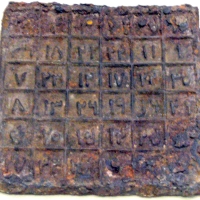 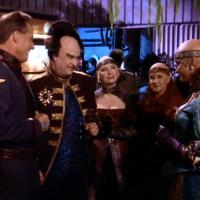 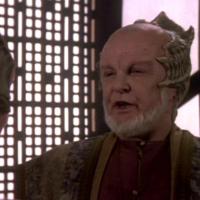 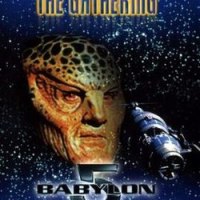