This post  goes on to begin the rough draft of my current non-fiction WiP, Baby Acres: A possible Vision for Making Society Suck Less, in 60 Years.   (Thanks, once again, to JYP and Tammy for the title ideas!!)  The overall goal has been to lay out a roadmap for a fully inclusive society for all of us, so, I am turning, this week, to the introductory chapter, Chapter 0, of the book, in the hope that All HumanKind  will eventually have each person’s basic needs  met.  This book lays out one possible path for getting to that point.

Peaceful change revolves around various types of justice.  Social justice is perhaps the first type of justice that comes to mind, but economic justice, both of outcome and of opportunity, and also climate and other sorts of justice count heavily when considering the factors involved in building a just society.

Social justice is one of the more obvious types of justice, or more visible, in terms of how we human beings treat one another.  The basic human rights to dignity, equal treatment under the law, and equal access to resources as seen in the right to due process, competent legal representation, etc, have been the focus of civil rights activism and litigation, most prominently in the 1960s, but reaching much farther back than that, in the United States (Jones, Stayed on Freedom’s Call, P. 20). Cooperation between many oppressed groups over time has led to a variety of policies aimed at addressing mistreatment of vulnerable people in public venues, often based on visible characteristics such as race, gender, etc.  The right to associate and travel, live in safe areas, access social venues, etc, has often been addressed, however, without actively acknowledging the fact that the realistic exercise of these rights is dependent upon the actual ability to pay for access to these rights, as most of our venues in the US require some form of entrance fee, or payment.  What often goes unaddressed, and ignored, is the right to economic justice that forms the bedrock of one’s ability to gain access to nearly all of these rights, in practical usage.  Yet, this lack of acknowledgment and action is not due to lack of warning.  Many have pointed out over the years that providing social justice, without providing economic justice, is paying mere lip service to the ideal of a just society.

The calls for economic justice as part of social equity in the United States go back far, but a convenient start might be the most well known of those calls, from the 1960s.  In 1963,The March on Washington was a march for “jobs and freedom” as part of the long struggle to end Jim Crow, implemented both as social segregation, and also as economic segregation.  The economic part of Jim Crow, preventing most Negroes from working in most professional job positions, was the true motor of inequality, leading to both the formation and enforced permanence of a deliberately poverty-stricken underclass constantly obligated to accept any jobs offered by the dominant members of society.  The codification of this system based on skin color meant that even after the end, de Jure, of social Jim Crow, the majority of the members of that underclass remained stuck in the position of living in substandard housing and having to accept the lowest paying of jobs because the dominant culture had not changed, even when the laws did.  Thus, the legal ability to attend the same cinemas, the same schools, and the same concerts did not grant the financial ability do take advantage of these new rights.  Jim Crow was still, economically speaking, alive and well despite new social justice laws.  Many observers, from Dr. King himself, who called for a Citizen’s Income just a few years after that famous march (King, Where Do We Go From Here, 1967), to Joseph Stiglitz, to Steve Pressman, to Thomas Piketty, have continued to point out that economic inequality both hampers all forms of justice for vulnerable groups.  They also argue that economic inequality exerts increasing pressure toward injustice on all groups, from the dominant down to the most vulnerable, in that society.  Thus, social justice and economic justice must really be considered one: two sides of the same coin.

A society which would like to consider itself just toward all of its members, and indeed attempts to provide social and economic justice for all groups, would still be missing something crucial, if social and economic justice were the only types of justice to be considered.  While public goods such as libraries, health care, transportation, and education may be considered part of the social or economic spheres, these systems are also part of a set of pieces of social infrastructure which work in our society both as common touch stones, and as common points of concern.  Each person needs access to information, and to community level places for gatherings and  entertainment, provided by local libraries.  Each person needs health care, and the health of every resident in a society affects every other resident, from the hospital system right down to the sewage and water treatment systems.  Transportation is a concern that touches every resident as well, whether driving in a private car, or riding on a trolley, and the culture and education of every resident of a society inform how those modes of transportation will be used, or abused.  Yet, information and communication systems, sanitation, transportation, and even schools all impact the local environment, and also pull resources from the local environment.  And, as many Native American Tribal councils, like that of the Black Hills, in South Dakota, can confirm, not all lands are treated with equal care.  Thus, climate and land or commons based justice must also be considered, as part of the foundation of any just society.  Hence, social, economic, and commons based justice must all form part of any discussion or offering of a potential vision for a just society.  Those three fundamental forms of justice must also then be made tangible by codifying specific examples of what that might look like.  One offering of an example was given to us by a president who saw the need to end both segregation and to list necessary freedoms.

That is the rough draft of the first part of my introductory chapter.

Last week was the third installment of this series…

1.) Search for two different sources related to visions for a better world.

3.) Share your thoughts on how Commons Justice (or bad) can affect a society that might be built, in 50-100 years.

Stayed on Freedom’s Call
(free: https://archive.org/details/StayedOnF…)
includes two ‘imagination-rich’ walking tours, with songs, of Washington, DC. New interviews and research are woven into stories of old struggles shared by both the Jewish and African-American communities in the capital city.

Free copies are available at https://archive.org/details/StayedOnF… 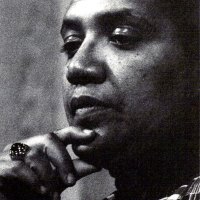 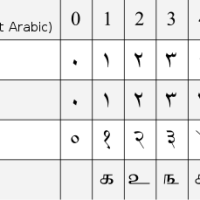 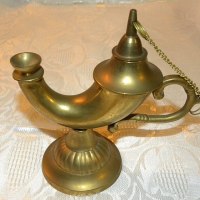 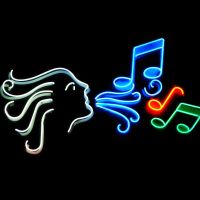